in The American Dream 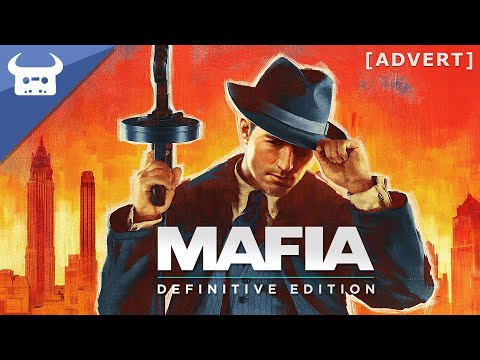 Look, Tommy Angelo ain't usually the kind of guy to spill the beans
But beneath the glitz and gleam, this business is filled with fiends
So I'm switching teams, snitching, sneaking, went my way
Then slinking off to witness protection at Empire Bay
Never thought I'd be an informer, officer, I ain't your rat
But if it's either that or getting kneecapped with a baseball bat
Then it's obvious, I got no option but to cough it up
So you're gonna hear me singing like a canary at the opera
Or a broad who's getting loose as a goose at the speakeasy
Jeez, I've seen scenes obscene enough to make queasy
See, we kinda like the finer things the violence brings
Fine dining and wine to drink, a taxi driver's dream

For beating prohibition, lost heaven needs a coalition
You can refuse me any time but you're in no position
I hope you're listening, no read between the lines
Heed my unspoken wishes, fish are keen to meet my client
He'll be feeling fine, he just needs some cleaning time
Look, he's just deep-sea diving
What the f**k you mean he's dying?
So tell the boys they'd be well advised in avoiding Illinois
'Cause we're the type to visit a journalist by whom we're vilified
Never mind the crime file, ours was a lavish lifestyle
Any violent transaction enacted purely mercantile
Honestly, some of these wiseguys are quite vile, it's kinda wild
What you can hide behind a nice tie and a polite smile
'You're flesh and blood', says Don Salieri, 'My child'
'Until the time we see you through St. Peter's turnstile'
Your life might need the mafia to take it off of you
Ey, no need to walk away, we brought a car for you

We're gonna take you for a ride around the block
And if you're feeling shy, we'll help you find out how to talk
They'll need a team of guys to dry you out the dock
They'll find you drowned with a block tied around your socks
That's what'll happen when you're diving down with sharks
So now your time's arrived to lie in the ground in a box
Fertilising flowers till we cut 'em by the stalks
Lying in a shallow grave, no rocks to mark the plot
Pause for thought, you wanna talk profit and loss?
Talk to the boss, I ain't even sure if he works in his office or not
But I certainly never heard of him, officer, I'm at a loss
As to how the perp could have murdered, purloined
And driven off with the profit, it was all part of the plan
We'd park the van behind that dark sedan
The hired hands would wait for our command
And then start to scram
Shift shipments of contraband while listening to Sinatra's band
If you ain't in this life don't even try to understand
You can call our tactics underhanded, I call 'em slick
Like after the lancers game, you just happen to call in sick
We're all magicians
It's just how we perform the trick that's different
I can blow holes through vault walls that are four-inch thick

So of course, we're mafioso, you darn bozo
No, I don't think so, I friggin' know so
The whole neighbourhood we control's a no-go
So if you don't hope for a bolt cutter to both toes
You better no-show
Make yourself a Joe Schmoe, the folk nobody don't know
See, this business don't go for slogans and logos, no
We keep it on the low-low, no fingerprints or photos
Right under your nose
We throw you off the scent when we blow smoke
Quid pro quo, keep your friends and foes both close
Or soon enough you'll be thinking, 'Ey, where'd all the dope go?'
Stole coke by the boatload in packets labelled 'cocoa'
Yeah, although we got a sense of humour this is no joke
Let me make a toast though to the
Most ferocious folks you'd hope to know
Cosa nostra, no one's closer, no one's supposed to
Now those associates know I broke the code, the oath, omerta
I've woken from the dream, the false hope of America