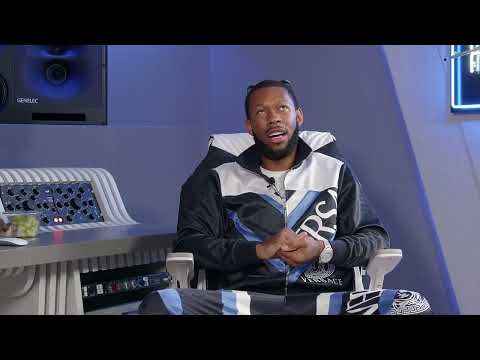 Ayy, Digga, Ayy, Digga, wake him up, wake him up, bitch
Hello
Ayy, wagwan Rose?
Hello
I don't know, I got four bells in my head
I don't know man, he keeps rappin', but he's not ridin'
Fuckin' hell
I got four bells in my head in OT
I went, I left London, ah
And none of my bredrins are ridin' for me, ah
TeeRose got packed in a curb (Bow)
EMan got shot and it fuckin' burned (Grrt)
T-Elmz tripped and I done him first, but Twigzy definitely got it worse (I got him)
The way the mandem done him was vile
Triggz went swimmin' in the Tesco aisle (Augh)
One hand on the ped, one hand on the skeng when I nearly slapped Breezo straight in his head (Boy)
R1 got down S1, right on the Wealdstone mains (Fuck their friend)
They ain't got back, they got no shame
LP got diced, shoulda met his fate (Ahaha)
Apparently these Northolt yutes are tired (How?)
Tell why three man are out here flyin' (Huh?)
Three man are out here dead (Fuck), Risky done parked right next to the feds (Ha)
And we ain't touched no one from Grove (How?)
Everyone knows that's fibs (Liars)
I was there when 9 got bun on the mains, AbzSav be takin' the piss
Fuck TeeRose's mum (Fuck her), I hope she can't stop cryin' (Bitch)
I laughed when her son was dyin' (Blap)
Flat on the floor on his face, he was lyin'
I heard they're sayin' they're number 9 (Huh?), we used to send him to the shop
Jing is dead and he's rottin' in Hell, and his sister's out here givin' out top (Bad)
When I heard that AP died, I thought he was linkin' his mother (Haha)
Risky denied his brother
EMan got shot, shoulda ducked for cover (Bop)

What you tellin' me my nigga ?
Hello
I don't know, no Hayes yute has touched a Northolt yute, and I died on the 13th of October 2020 (Help, help)
What about Rider, man, he ain't ridin'?
What the fuck? How's he ridin', brudda?
Fuckin' hell, twenty man left me to die on the mains, how? How?
Shaka-laow
Chrissy got done with the dotty (Ha)
Shak got killed with the dotty (Ha)
Tapz got turnt biscotti (What?)
Shako's niece is givin' out noddy (Ha)
Can't wait till I put Kaynizz in the grave
Dickhead yute done ran from my blade (Ha)
If I caught up to him, would've gave man fade
I'll back my shank on any estate (Ahurr)
Swing it, swing it (Swing)
I kept on fuckin' swingin' (Ying)
I caught LP in a fuckin' shop and I kept on fuckin' diggin' (Lil' mad)
It's been two years and my opps are missin' (Huh?)
They ain't tryna get back (No)
Two got dropped, that's a setback (Bap)
Payback, take man's life, and bill that (Ahhh)
Huncho's nan is a bishead (Bishead)
Shellz' mum is a bishead (Bishead, nitty)
Come to the ends, I'll tick these bisheads
Mum's life, we flicked it
Tables Turn, zoots get burned, another got put in dirt (Dead)
He was on road for only a month, and his mum had to put little man in a hearse (Ha)

Ayo, Tapz
Oh my God
Hi
Oh my God, I try take a photo by the Racecourse sign and put a 5'K
And a month later, they killed me
Fuckin' hell (Oh my god, help me, please)
Didn't even make it to your Sweet Sixteen, hahaha
Oh my God, I'm a little kid, please
Why did they have to do this to me? These fuckers
I'm an infant, I'm an infant, ah
Rose, Shak, JTapz
Haha, fuckin' hell, the mandem got so high today
Bun couple zoots, smoke to the opps stuck in the grave
Ahaha, it's fuckin' hell
I'm out of here, AbzSav, NGang, man know