Son of a Gun

TESTO - BigWalkDog - Son of a Gun 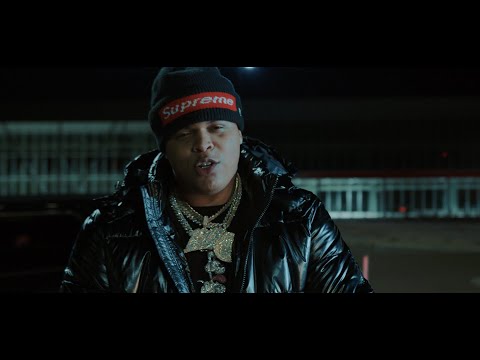 TESTO - BigWalkDog - Son of a Gun

Nah-nah, nah-nah, nah
(Pablo crazy for this motherfucker)
Nah-nah, nah-nah, nah
(Yo, what's the word Scotty?)
Nah-nah, nah-nah, nah
Ayy Scoota, we got another one bro
Walk up in the club with all this shit on
Hey, see my wrist up
Hey, look like a lick, don't it?
Hey
Hellcat all through traffic, windin', clappin', I can't creep in this
Label told me, "Stay up out the streets 'cause it's a different risk" (Free Shiesty)
What you know 'bout right before your eyes and all these people switch?
Mama pray for better days, but mama know I keep a glizzy
We beat him senseless if he think 'bout disrespecting this
And ain’t nobody checking this
And blood on all these necklaces
J gon' shoot, I said to pick and I'm forever next to him
Went from me protecting him, but now he shootin' out the gym
Play with this, yo' chances slim
Ain't no saving you from them
Draco knock chunks out a limb
Wafi gave my collar, chill
Live and die for dollar bills
Put my heart up in this pill
Let my soul die in the field
I get scoped by fake or real
And I'ma keep this shit a mil'
You show a gun, you ain't gon' live
And I'ma keep this shit a bill'
Two hand to hold 'em, switchin' still (Brrt)
So much commotion where I live, this weed control the way I feel
I want you gone that’s how it is, could be today but soon it will
You gotta play for keeps, my lil' nigga out on bond
Slidin', facin' first degree
And it’s off the love, handshakes and hugs, he do the dirt for free
And he walk 'em down without a mask so they'll know he street
And he told me, "WalkDog, I just want them people notice me"
Unprescription bottle, Perky on, I feel like Otis P (Hey, man)
I just poured two fours inside a soda, still can't go to sleep
Hit the club, we twenty deep
Not twenty guys, but twenty heaters
Niggas clown, they funny people, I swear this shit can turn you evil
Your bitch see this ice, she know the price, it make her wanna leave ya
I just put a star up on my state, I ain't get a thank you neither (Star)
If you see the envy in they eyes, then they ain't your people
If you see a diss, I send a blitz, your song won't get a sequel
I don't trust nobody, can’t move sloppy, I don't talk to people
Can't play at my show, we stay on go, this chopper sound like speakers
All these niggas hoes, so built to fold, and I won't do no feature
All this cost a fifty, really sixty, please don't do no reaching and
If they can't get away with what they said, they better go out swingin'
Before I let my mama cry a river, leave your family grieving
I just had a son, so I told gum my baby finally teethin'
I know they gon' slide, so I'll be quiet, I know they'll never leave ya (My mama)
Misses get complete, you see my reach, my waistband different region
I ain't hear a word when I was broke, now everybody speakin'
Nobody need nobody, fly right by me, everybody need me
You really a rat, we know you cap, I get you stepped on easy
Thirty and some chains, that Johnny Dang, that's why I'm studded cheesin'
I just play it cool, go with your moves so I can have a reason
Nigga threw some water at my show, they say he barely breathin'
Blew up out the blue, them people knew, but they had barely seen him
Hey, hey, hey
Blew up out the blue, them people knew, but they had barely seen him
Hey, hey, hey
Nigga threw some water at my show, they say he barely breathin'
Huh, huh, huh, hey
Hey
Hey
Uh