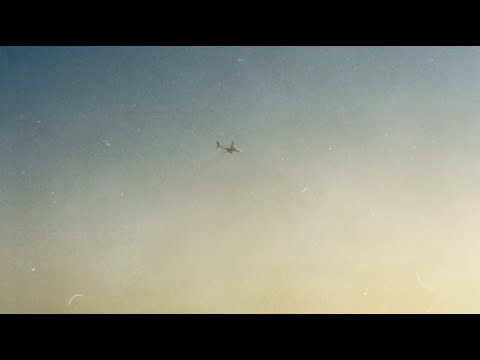 Saturday sunset, we're lyin' on my bed
With five hours to go
Fingers entwined and so were our minds
Cryin', 'I don't want you to go'
You wiped away tears, but not fears
Under the still and clear indigo
You said 'Baby, don't cry, we'll be fine
You're the one thing I swear I can't outgrow'

My mother said the younger me was a pretending prodigy
Well, nothin', then, much has changed
'Cause while you're wolfin' down liquor
My soul, it gets sicker
But I'm stickin' to the screenplay
Gotta say I'm okay, but answer this, babe
How is it now that, somehow, you're a stranger?
You were mine just yesterday
I pray the block in my airway dissipates
And instead deters your airplane's way
But heaven denied
Destiny decried
Somethin' beautiful died
Too soon

But I'm lettin' go
I'm givin' up the ghost
But don't get me wrong
I'll always love you, that's why I
Wrote you this very last song
I guess this is where we say goodbye
I know I'll be alright
Someday, I'll be fine
But just not tonight (Ooh)

Plungin' into all kinds of diversions
Like blush wine and sonorous soirées
But even with gin and surgin' adrenaline
I see you're all that can intoxicate
Oceans and engines, you're skilled at infringin'
On great love affairs
'Cause now my heart's home, all I've known is long gone
And ten thousand miles away
And I'm not okay

But I'm lettin' go
I'm givin' up the ghost
But don't get me wrong
I'll always love you, that's why I
Wrote you this very last song
I guess this is where we say goodbye
I know I'll be alright
But just not

Tonight was the first time I stared into
Seas of beguilin' sepia two years ago
And the first time I
Learned real world superpowers lived in three words
They revitalized my frayin' bones, oh
Now what do you do when your
Pillar crumbled down, you've lost all solid ground
Both dreams and demons drowned and this void's all you've found
And doubts light it aglow?
I have so many questions
But I'm pourin' them into the ocean and I'm startin' up my engine
And I'm lettin' go
I'm givin' up your ghost
It's come to a close
I marked the end with this last song I wrote
I'm lettin' go
This is the last falsetto
I'll ever sing to you, my great, lost love