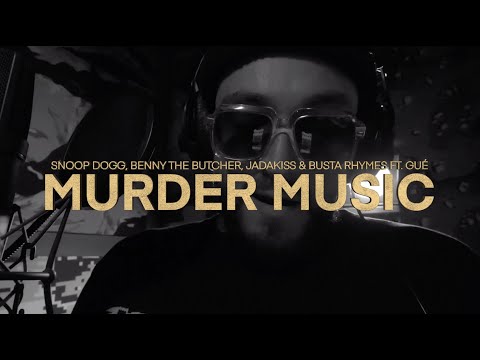 Benny The Butcher]
What it do, Loc? Yeah (Yeah)
We up in this motherfucker
On some murder murder, kill kill shit (Uh)
Yeah, (The Butcher comin', nigga)
Some real hip-hop shit

Yo, murder music, just for this type of shit they could ban us
'Cause this what they gon' play when they wipe they prints off they hammers
I'm really like that, I ain't just write this shit for the camera
I did in my city what Michael Vick did in Atlanta (Yeah)
Cash saved for insurance, them bad days wasn't for us (Nah)
Still hood, roach clips and the ashtrays on my foreign (Haha)
In L.A., R&B bitch drunk with her hands around me
The night Swizz introduced me to Nas at a Grammy party (Uh-huh)
When my shrimp introduced me to hard, I had grams around me (No)
A star player never asks for the ball, they just playin' around me
Niggas heard I took a shot, they was askin' if I was good
I looked the shooter right in his eyes when that trigger got pulled
Huh
Murder music, mur-murder music
Murder music, murder music (Yeah)
Yeah, murder music
Murder music, mur-murder music (Ha-ha)

Murder was the case, the-the, the case
The case was murder