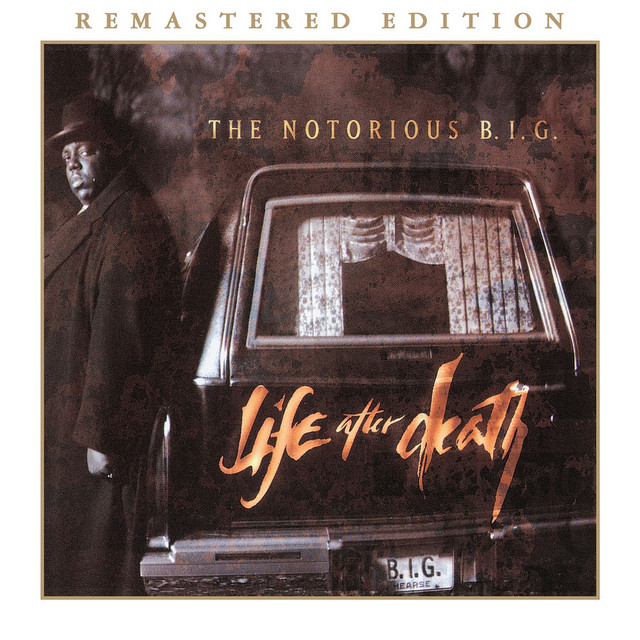 in Life After Death (2014 Remastered Edition)

[master p]
You know what?
This ghetto got me so crazy
My life, it almost feel like I'm a phone call or ring away from death
Ain't this fucked up
Big ed, tell a story of the streets

[big ed]
My nigga jay got his ass snatched, why wasn't he strapped
Kidnapped by four niggas dressed in black
Ahh dats it, they called his momma
Told her, no joke, we got your son, she updated me on da drama
Her voice trembled, she was hysterical
The bounty was a hundred g's
For her to ante up, it would take a miracle
She's very spiritual
She got on her knees and prayed to God that I would help her yo
We'll get em back, I do anything to help my dawg
Try to relax, I hit you back, let me make some calls
For situations like this,
I keep a safe full of money with 100 round clips
I told my lady, get the cash and the mags
No questions asked we filled it up in a duffle bag
I through in my camoflauge fatiques
My a-are, a hand grenade, and an ounce of weed
Head out the front, put the bag in the truck right next to the m-1
And the pistol grip pump
Hit ma dawgs on the celly mercenary group of killers
We're methodical niggas with infered triggers
Put the lexus in reverse, and let's roll double 0
Limo tint big body black four do'
Meet v-90 at the diner with burt bought my bad ass hoe china
Who smoke this dope out her vagina
Chocolate, jet black hair , slanted eyes you shoulda seen her
Bad ass body look, flexible like a ballarina
Seated at a booth, three niggas with broad and bullet proofs
Met for combat, made more calls, met up the troop
I told em jay got snatched
The dowen boys got connects on silencers for gats
Bring me four, meet me by jay mom's crib
I'll be there in ten, it's time to get it how we live
When I got there she said that the jackers know about me
That I got cheese with the miller boys at the calliope
Now they want two fifty, it's cool though
It's time to act a fool though, heard a knock at the front door
Reach up my shirt and put the gat to the peep hole
(who is it? ) it's my nigga boz, open up the door
And red nigga, these niggas down to kill nigga
But hold up, the plot gets thicker
He said, jay's a trick ass nigga, nobody snatched the nigga
He's plottin on me, tryin to get richer
He's hiding at the motel six, room two twenty
How many hoes in this world, man nigga plenty
Boz got this hoe named wendy, stripper slash dancer
Red met her at chocolate sixty in atlanta
She got a twin sister candy, boz hooked candy to jay
Jay fell in love with the hoe and got a baby on the way
But he's broke and busted, down and out disgusted
Scheming on me, him and candy discussed it
Candy told wendy, and wendy told red
Red told me my nigga jay wants me dead
Not my nigga, but I gotta investigate
We drove to the motel six, seen his car, checked the liscense plate
(yeah that's him) see what happens when you try to pack fair
Peeped in the window, seen jay gettin rolled in the chair
That's that hoe candy, workin it backwards
Lookin at her titties got my dick hard like she's a private dancer
Kicked the door down, his pants down, my gat in his face
Pushed the hoe off the nigga and shot his dick off his waist
And that naked hoe candy pussy is wide open
Jay can't believe she betrayed him, his eyes is wide open
Jay tell me why nigga, before you die nigga
I would have gave you some money, didn't have to lie nigga
But I can't kill ya cause a nigga love you too much
So v-90 shoot him in his head and throw him in his own trunk
Watch your click (watch your click)
Cause niggas switch when you get rich
That tek and ski mask cause life's a bitch