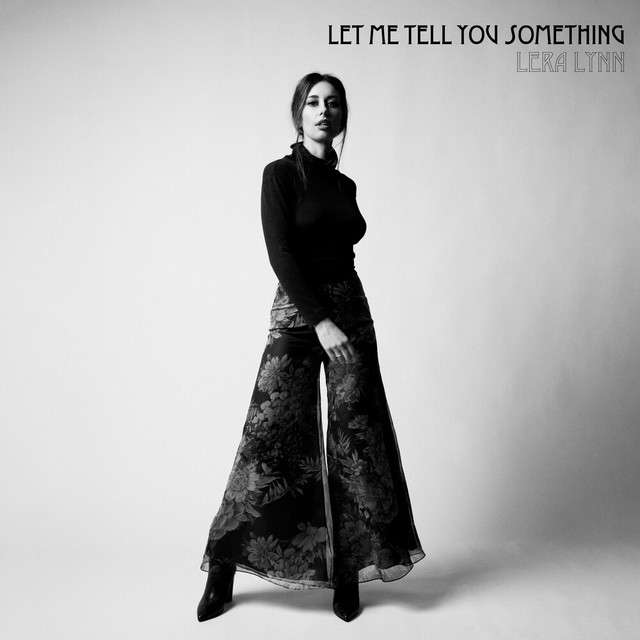 Let Me Tell You Something

in Let Me Tell You Something

TESTO - Lera Lynn - Let Me Tell You Something 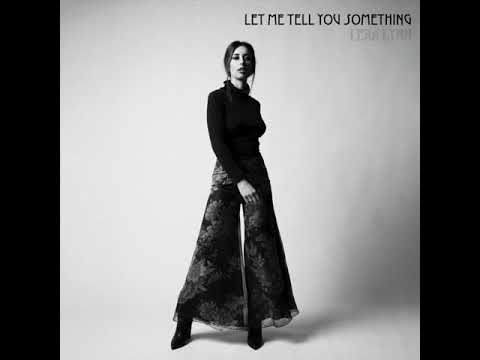 I think the only brave thing I might have ever done in my life… was once I worked at a Mafia nightclub. Out in Youngstown. Ohio. I was 19. I was 19 years old. Right? And I didn’t know shit about the Mafia. My father was the baddest motherfucker I had ever seen. So the Mafia didn’t mean shit to me. I did not relate to the Mafia. I worked with this lady. Satin Doll. She was the star of the show. Beautiful black stripper. Right? ‘Cause usually in those days… in clubs they had a singer and a stripper and a M.C. I was the M.C., and she was the first black star I ever met. Duke Ellington had written a tune about her. That’s what she used to dance to and act. She was beautiful. She was 60 then. Oh. This bitch was fine though. Man. I’m not lyin’. Lena Horne didn’t have shit on her. And she was cryin’ backstage… “I gotta get to Buffalo. They won’t pay me.” I said, “Who won’t pay you?” “Club owners.” I said. “Oh, them motherfuckers are gonna pay me. Bet that.” This is how ignorant I was. I had a cap pistol. You know. Them blank starter pistols. I busted into the office with this motherfucker. Talkin’ about… “All right. Give me the money. Motherfucker!” Doing my best black shit. You know. You know. That shit usually scare whitey to death. And these motherfuckers didn’t do nothin’. I’m sure that those men… are sitting in that room today. Laughing. ‘Cause that’s what this dude… He just started to laugh. “This fuckin’ kid. Wait a minute. Hey. Tony. Come here. Rich. Do the gun again. Hey. Tony. Come here. Stickup! This fuckin’ kid! Come here. Come here, you fuckin’ kid. He’s got a pair of gagoozies on him, huh? Fuckin’ kid. Come here. Goddamn.” They like to hug you and rub you. “Come here.” And grab your face. “This fuckin’ kid’s got some gazoolas.” And they always say shit you don’t understand. “Hey. You wanna go… Hey. Paulo. Tix him a little… Put some struzi on it. Fry it up. They like fried foods. Fuckin’ kid, huh? He come in here. Had a gun, the fuckin’ kid. Huh? Pay everybody oft. Pay ’em off. It’s all right.” They paid everybody off, let everybody go and kept me. Like a pet. “I fuckin’ like this kid. You got family? Well. You got family now. Who is it, Carmine? Tell him I call him back. Tell him it’s a stickup.” Then these motherfuckers start tellin’ murder stories. “Hey. You remember when Oozie… Remember when I made my fuckin’ bones? Me, I had to go away. It was Cleveland, right? Fuckin’ teamster. Big mouth. Hurt a lot of people. Right? You know, ice pick’s my thing, Rich. So we fuckin’ had to drive down. Me, Johnny Salami… the Gaboozo brothers. They own a funeral parlor. ‘You carry. We bury.’ Come here, you fuckin’ kid. So we take this jerk-off out bowling, you know. Drive him around. Get him a few drinks. ‘Hey, let’s get some broads. Right? ‘ A little motel we had set up. You remember that, Johnny? So. We take him around. He gets kinda stoned. Drops his glass. I say, ‘Now.’ I pop him with the fuckin’ ice pick. Right? I’m poppin’ this cocksucker. Blood’s squirting every which way. He says, ‘Oh. God! Don’t kill me! ‘ ‘Oh. fuck you. You guinea cocksucker.’ And the fuckin’ ice pick breaks. I’m standin’ there with a fuckin’ piece of wood in my hand! I said, ‘Johnny Salami. What do I do? ‘ Johnny says, ‘Wait till it melts, asshole.’ Those were the good old days. What’s the matter. Rich? You don’t look so good. Hey, Paulo, give him a little… You got a way home. Or do you want us to give you a ride?” Don’t go out with the Mafia. ‘Cause you can’t buy ’em dinner. They always like to take entertainers to dinner. They take you to dinner, and they pick up the check all the time. And it you get mad, you say, “Let me buy the check tonight. Goddamn it. You guys buy me dinner every night.” “Hey, kid, let me tell you somethin’. We’re crime… and crime don’t pay.” The Mafia people are weird people, ’cause they appeal… They appeal to your intellect. They do. Them motherfuckers’ appeal says… “You’re an intelligent person. Aren’t you? And you realize that it’s very difficult… to walk without knees.” And one time I was in a room with one of these motherfuckers… and I don’t know how to describe… You ever seen a face just turn to stone? I mean. I was talkin’ to the man. And somebody was over here… talkin’ about something that had pissed him off… that he was gonna deal with… and it went from a nice conversation with me… A stone thing came over his face. It was like… And a chill went through my fuckin’ body. I said. “This motherfucker’s dead. I’m lookin’ at a dead man that walks around.” ‘Cause it was just stone, man. There wasn’t no compromise. There was nothin’ in there where you could go… There was none of that in the face. I said… “Boy, that’s a look I’d like to get, just to whip on a motherfucker.” You know. Just say. “What?” Remember that in The Godfather? That to me was the most chilling line in the world. When the guy said… “Hey. Could you let me off? Just tor old time’s sake?” And the guy said… Boy. That had to be the coldest shit in the world. And you gotta get in the car with him. Then you got to beg some more in the car. You ain’t gonna stop beggin’. As long as he’s got breath in his body. You get in the car. He’s talkin’ about, “Hey. Jack. I remember when I showed you how to drive.” Jack be goin’…