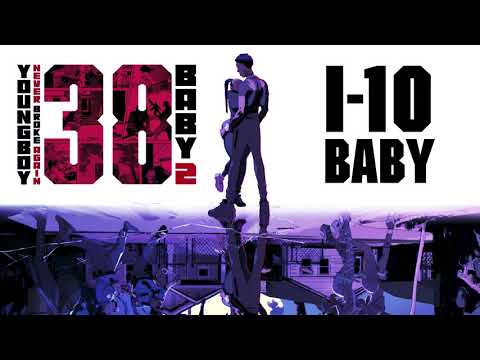 Nigga playin' 'round with that dope, we send him straight through and fell
I go post up in the North, I'm on the block causing hell
I tell my dude lock down that corner, don't give a fuck 'bout no 12
'Cause once them bitches lock us up, soon as we touch, we jump bail (This is the sound)
And this the strap, soon as I came back, tryna take back what's mine
Don't give a fuck 'bout where you from, you tote that flag, you a slime
I'm smokin' pine, I'm totin' that iron, it's every time that I'm slidin'
I spent my last to calm my nerves, this bitch wan' play with my mind
I ain't got no time just for the jokes 'cause my big bro doin' time
Bitch throw four suits up on the floor and I can flow you a rhyme
I come through swervin', gettin' dirty with them sticks in the ride
Plus I'm servin' some shit you could cut 'bout four or three times
I take my lick the first time, now watch I jump on a slab
I'ma get a bitch clean as a bitch to drive a book and a half
She want a sixty, smelled the shit up, went to coughin', I laughed
He said this shit already must be hit, so it ain't gotta take no bath
Get it by me, try to stop me, pop you, knock your on off
I ain't quarantinin' for a reason, we ain't closin' no stores
I'm still screamin', "Killer season," zippin' shit 'bout my bros
We got these hoes doin' wrong, they throw a right, that's the code
Up with the scope, so I been chill, you send a shot, I cause hell
I chase that money like I'm Dezz, we drop that shit on Canell
And I knew how to make it hard since Koda taught me at twelve
With Von from Roosevelt to Maryland, we took over the cells
This is music to another level, cold-blooded fuckin' stepper
How much that you made now? I say 20 M's or better
So I got money for to fuck up, rap gon' pay or settle
Or we gon' rob your stupid ass out what you try to sell us
Hit it, I go zydeco, ridin' 'round with that four pound
You can't use no screwdriver, know a hammer get it broke down
They slumped that boy right at the store, I swear it wasn't no showdown
We blast at you and who because we aim to let a ho down
Do a verse and get it back, I couldn't take a loss, huh
But bitch, you play with mine, your shit get splatt, we take one off, huh
Couldn't ever have no bitch, turned to a dog, huh, dog, huh
Drop a bag, I serve 'em raw, then knock 'em all down (All down)