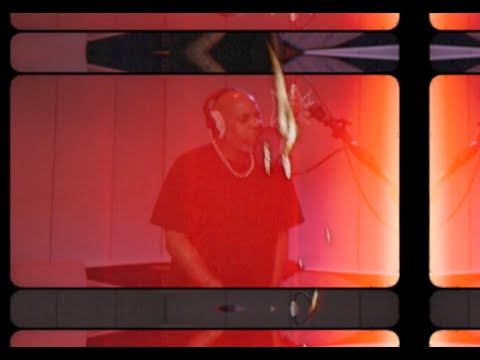 I'm in the hood (Ah), eighty K house, million dollar neck (Uh-huh, ah)
Shot off two hundred rounds, niggas know where we at (Brr, brr, yeah)
My coke be the best, talk no steps (Uh-huh, ah)
Headshot took off his whole left (Boo-boo-boo-boo-boo-boo-boom)
Margiela kicks, Margiela sweats
I'm on the yard doin' burpees, me, Drop and Fresh (Ah)
My shooter layin' low, he got a new body (Boo-boo-boo-boom, Uh, uh, uh, uh)
I spray the Tesla X, you need a new body (Skrrt)
Fifty K, got my bitch a new body (Ah)
You internet niggas, y'all punani (Rrr, ah)
The Ace of Spades sipper, yay dealer
Pray five times a day, get on the wave, nigga (Ayy, ayy, ah)
Baddest bitch you ever seen doin' my braids, nigga (Rrr)
The Tech echo like it got delays, nigga (Damn)
Your shit ain't shit, get out the way, nigga (Uh huh)
New Yeezys, only me and Ye with 'em (Yeah, ah)
Pay attention (Uh), four on the baby come back then leave seven (Uh, uh)
Guarantee into the rec' yard, I got the weapon (Ow, ah)

The Butcher comin', nigga (Yo, uh, come on)
You know how I rock, six figures off Zaza (Uh-huh)
Come and spend at my shop (Uh-huh), I turn your hood to a hotspot (Uh-huh)
Every game I feel like I'm Dame without a stopwatch (Uh-huh)
Shootin' before the shot clock, Griselda got the top spot (Oh)
Locked down like a pawn shop, nigga (Yeah), I'm thinkin', 'Why not?' (Uh-huh)
I gave my life to the game, but what do I got?
Father these niggas, how? I don't even know my pops (Ayy, ayy, ayy)
This flip phone that I got don't connect to the WiFi
Uh-huh, this new foreign shit with the wood on the door (Rrr)
Got me beefin' with some niggas I could've put on (Rrr, that's fucked up)
They make up lies and put 'em in songs (They do, yeah)
I pull up to lots, cop, and down the block hear me pull in the yard (Skrrt)
Yeah, prayin' with my dirty hands (With my dirty hands)
I did dirt and scammed, I'm askin' God 'Do I deserve these bands?' (Do I deserve these bands?)
And we from murder land, eastside shit
Jeans PURPLE BRAND (Ah), ridin' in the GLE, the turtle van (Talk to 'em, ah)

Ah, look, you throwin' shots? You better be precise (Uh-huh)
If I only squeeze it twice, that's me bein' polite (Okay, facts)
We was in the trenches, nigga, four chicken wings and rice (Yeah)
The shooter fourteen (Yeah), can't read or write, but he gon' squeeze his pipe (What?)
We was tryna sell a key a night
'Cause Nas said a G at night wasn't good enough, and he was right (Talk to 'em)
They mad I'm rich, the same niggas that wouldn't see my plight (Spit that shit)
The Nets playin', I'm ridin' to the game with KD tonight, yeah (What up, nigga? Rrr)
Machine bitch, every beat I body (Ah)
My nigga on his way home, he just beat a body (Beat a body)
Every time I leave the house, I got the steamer by me (I got it on me, uh, uh, uh)
My jacket a one of none, you never seen it probably (Woo, hah)
I took some cheddar out the vault to pay the lawyer for my man
Weapon possession and felony assault (You good, nigga? What?)
Whippin' up at Unc house, he keep the resi' off the fork (Keep that)
I'm Kyrie hittin' niggas with the hezy on the court, look (Woo)
I reached the point niggas never would've thought (Ah)
'Cause every time I drop somethin' I don't never get support, fuck 'em (Ayy, ayy, ayy, ayy, ayy)
FN MAC shots severin' your corpse
You never could extort me, my heart cold as February 4th (What? Talk to 'em)
They hate to see me win, I'm not surprised (Ayy, ayy, ayy, ayy)
Nigga, I'm fuckin the bitches, them bum bitches you fucks idolize (Hahahaha)
I'm in Harlem at Lighthouse eatin' lobster fries (Rrr)
Vee & Shooter with me, I got mobster ties (Uh-huh)
Machine, bitch (What?)

I grew up at the dark side, apartheid
Where goin' against the grain'll get you kidnapped and hogtied (Uh, what?)
X the illest nigga, realest nigga
Never been scared (Uh), I'm a fearless nigga (Come on)
I got that cannon that'll remove your head and shoulders (Nigga)
Cats that play in the street (Man), get ran over (Rrr)
I'ma make you hand over everything you got
I'm not the average (Motherfucker) do damage 'cause I'm a savage
Sometimes I can't manage all the shit in my head
I was promised the world but I got the dirt instead (Hey)
Turn the light, I was bred to shed blood (Uh, uh, uh)
It's always gonna be 'Fuck you, nigga, what?' (What?)
Built for war, raw, this .44 will hit you through the door
You exist no more (C'mon, get it, c'mon)
I done punk'd more niggas than Ashton Kutcher (C'mon, c'mon)
It's Westside, Conway, X, and Benny the Butcher, nigga