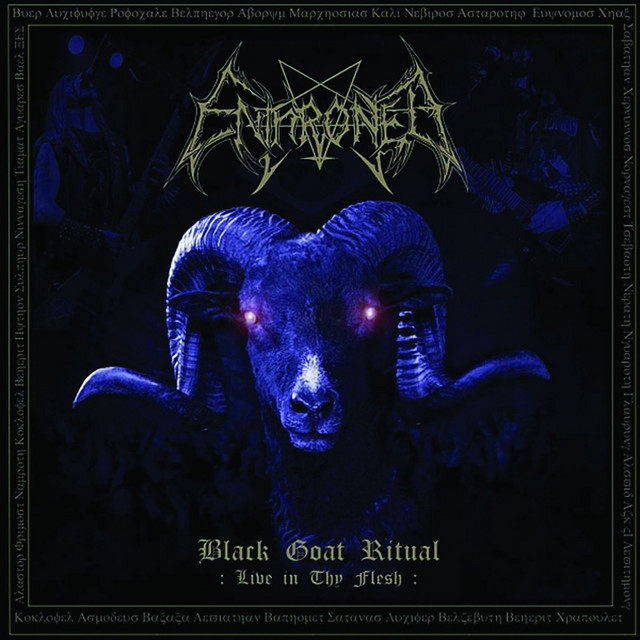 in Black Goat Ritual – Live in Thy Flesh 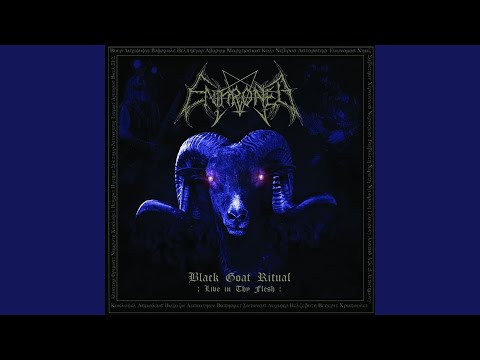 Across many miles to German's land, frison's born and
Belgian frontiers, snow storms are raging...
Tryggvasons battles are near, the white fields separate us.
Christian! You're gonna die by our frost!

At middle age time, Limburg create lots of myths,
ancient pagan cult, wrap of mysteries.
invaded by the filthy Christian tribe.
we drive them back to the fields of impurity.
let them die in their rotteness!

[Cronos:]
"Midnight paths are now engaged to our lust.
Sons of SATHANAS, we are gathered for the one.
Frosted snow falls on cadaveric faces,
colder than the cross of ice.
The unholy benediction of the silver moon.
spiked crown shinning on these marble steps!"

Limburg, across the Vesder to the black forest,
there stand the crypt where were invoked
demonic souls they came from the Gehenna to us.
to bless their legions in which they trust,
praying for us warriors of the dark Pentagram.
Christianity is just a matter oftime.
We'll drive them back to their Nazareth hills,
with the solicitude of SATAN!
Burning their churches, jagged their whores.
Ashes to ashes, dust to dust...
As they please us to rip them off like porks!
Tryggvasons battles, the ancient Belgian war.
The war without sanity... Without mercy...
A war for an era without Christian lies...

Oooohh! Lord of lust and fear of impiety...
It's time for us to drift in the dark tranquility.
Limburg, town of my ancestors!!!
In the eternity of times I'll worship you forever...