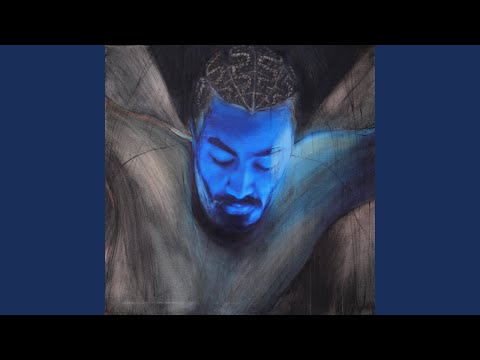 Mmmm
When I look him in his face I know there's some things
Can’t serve you true self so I don't know what to say
Wasn't said but was felt, it last a couple of days
I was fiending for some help but couldn’t call a name
Unfiltered, now my bloody hand looking like Cast Away
Most my fears packed up, put em in storage, baby
Burn, let it burn, my shame forsaken
Same Navy, say he moving like
I was in the grass grazing
I hate breaking in, I love breaking through
One son, the whole sun beaming, more than one reason
Against all odds, I gotta get evеn
What's the balance if their scalе leaning?
I'm in harmony, a wasted day to anchoring
My depression, I'm the only one who made me sick
All in it, fell victim, my erasive years
Caught wishing, need prayer, count dividance
Paper just divide us, who you living with?
Good health and peace of mind is what I'm trying to get
Higher frequencies and new heights I'm trying to reach
Gotta breathe, gotta breathe

Hope to move the mountains to side
If you graced with the love you provide
I reciprocate for times, roaming lonely through the night
Saying to the tears, "Hold em in" with the fear of being judged
Sun hit my silhouette, indebted to the man I’ll become
It gave me better than my heart, skin exterior, the shit we from the flames
Set my place, only faked in my hands like my last bit of change for time I was running
Tryna stay the same
Who to blame?
Slave to my ways, still busting down the chains
See my cousin in them chains, both knowing that the judge playing favourites
Naw, he gon' smack you in your face then it's fifteen years 'tween your kids
For that, gather, slam my knuckle, hit the table twice, praying for a better day
Pray we see the other side, just know we riding
You know I seen God, only listen sometimes, when she do we speaking troubles on our mind
I pour this out for KeeSean
I'ma ash my blunts to the side, pass my blunt to the side (Pass my blunt to the side)

First things first is, gotta be the spirit, y'know?
Before me, 'cause I'm just a guy that's dressed in skins, important, wandering, mischief-maker
Who somehow survived all of the attacks
On things I don't people to play or be alive
And you're here because you made it too
That's good, everyone, so I gotta make a little prayer
That's just the way we do things
And uh, not 'cause we're in a church, but also because we're in a church
Because everyone's way's good to me, as long as it's dealing with, making things live
Being honest there's a lot of things that we often forget about because we're messing around so fast trying to eat
And uh, spear the head of things that wants to eat us