in Mind of a Menace 3 (Reloaded) 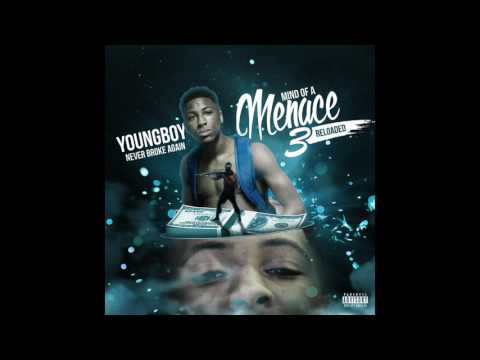 Run in my stash and my chopper shit finna get wicked
If I slip up then I’ma die but I won’t be a victim
Cut my house arrest bracelet off, them people out to get me
I told Montana I ain’t going back to Rouge Detention
I don’t give a damn about what they doin’, this my fucking city
Sending shots on Instagram, telling me to kill you
Niggas said what ‘bout TPG? I ain’t owe ‘em a penny it
Brand new house with a pool and lake, bitch come see how I’m livin’
Let me tell it, all y’all rat and all you niggas bitches
Pussy bitches screaming Boosie and Boosie ain’t hear them
Nigga it’s gon’ be a murder, I live life for redemption
I think that bitch ass got a form, I ain’t say he ain’t hit him
I don’t believe in your god boy, we totally different
I just had a talk with Zoe, he said that you just want attention
For steady putting me in your mentions, bitch you gotta get it
Since I’m a lil' boy I’m coming with everything in me
You want half of what? nigga ain’t never gave me shit
I got this shit up out the mud, get off my fucking dick
Nigga who you killed? Repping like you been stepping and shit
All them attempted murders, bitch when I shoot I’m don't miss
The more they hate on me the more I’ma keep coming with
The more you play then the more deadly this shit gon’ get
38 Baby, I ain’t stopping ‘til it’s over with
Reverse the clip and spin again until it’s over with
That boy think he the sickest
That lil nigga swear he with it
Man all them niggas bitches
Man them niggas hoes I don't like 'em
Them gang niggas they ain’t living
Fuck that nigga, split him
All I heard when he let off them shots
Window down around the corner, all I heard was that chopper
Wet them niggas’ block up too
Back to back, bitch we ain’t stopping
With them hits, bitch I’m official too
Like you heard ‘em steady dropping
You slapped Pablo with a gun
You ain’t never slapped YB
You ended them niggas’ career
You can’t put an end to me
Hashtagging OG, pussy bitch you ain’t no kin to me
Never hated, bitch I made it
Prolly why you niggas envy me

Bitch ass nigga, what?
I guess you mad that you broke, huh
Nigga I ain’t never played with YoungBoy
AI YoungBoy a thug you heard me, nigga ain’t never take no gun from me