in Project Baby 2: All Grown Up (Deluxe Edition) 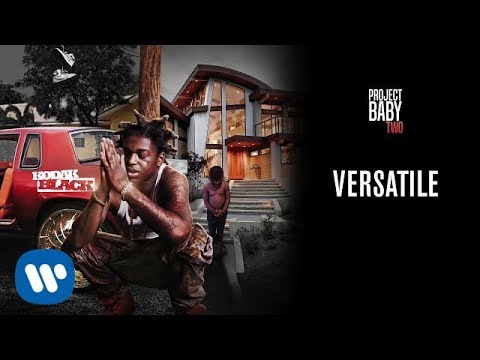 Ayy, I'm just going through one of my old pads and shit, you know what I'm sayin'?
You know, a nigga so versatile I don't even need no auto-tune and none of that shit
I could sweep the flow up, the melody
Like I could speak to all her fans through every genre
I fuck wit this beat, tough though, ya heard
Helluva made this beat, baby
Everything on my path for this
I swear to God, dawg, I never imagined this
I remember I was out there on my savage shit, carjacking shit
On my snappin' shit, trappin' shit, ratchet shit

Seem like I lost more than I ever gained
Ain't get nun out these streets but pain
Ain't get nun out these streets but hard times
'Cause in these streets ain't nun but hard times
Tell C.B. I say wassup
Tell everybody I say what's happening
Tell E-Pimp I said shoot me som'in
Tell them boys I said stop flaggin'
Tell my momma that I'm comin' home
Tell the world that it wouldn't be long
Ask my hoes wassup with they phones
Tell 'em I'm away but I ain't gone
I said boo bear what you wanna do
Once you slide, imma follow through
The stand took a nigga up and through it
Lil Dash told me, Kodak don't do it
Tell my son that I love his ass
Tell 'em I can't wait to hug his ass
This for the niggas who got all that time
Now they trying to give them numbers back
A nigga shot my cousin four times
I heard through the wall my brother doubled back
I just bumped into this super jit
I'm hollering at Lil Fam through the vent
I'm letting you know I do this shit for fun
Tell me go then consider it done
Shoutout Petho and my brother blood
My nigga C-Lo he just caught a thug
I'm shooting cee-lo in a nigga ass
They hit a nigga for his whole bag
Tell them boys I said stop crabbing
Send it even if I never asked
I knew I should've told my lil nigga DJ to chill
But I can't tell him shit he doin the same shit that I will
I'm thinking bout how would it be if we ain't get on them pills, if we ain't never chose the streets and picked up the steel
I'm thinkin' bout how would it be if we stayed on the field
Like I ain't even have to rap, 'cause I got other skills
At nights we ran down with them sticks and got them automobiles
And we was jackin' cars and shit 'cause it wasn't hard to steal
Like doin bids and seeing it come, but this the life I live
But I know that this my last one, something gotta give
Seem like God, got me paying for all the shit I did
'Cause I slowed down a while ago, switched up positive
The rough was just enough for a nigga fell in love with the thrill
But before he forgive gotta pay for a steel
And I done did so much of shit that I ain't proud I did
But when I took rappin' serious I threw the towel in
But Lord you say you gon' forgive, so forgive me then
'Cause I done picked the Bible up and read Corinthians
I'm still young and I got a lot to experience
I guess the first time in my life I felt this serious
I gotta lil boy now and I wanna be there for bruh
The feeling he give a nigga I ain't never felt this way before
And you can look into my heart and see that I'm forreal
That I done resulted in a metamorphosis
God, you know my destiny 'cause you gave me this gift
You the one who put this breath in me to make me spit these lyrics
You done gave a nigga a chance to pay my momma bills
You done turned me to a man unlike my daddy is

No this ain't over, I got some more to spit
That was for the real niggas
I got some shit for the hoes