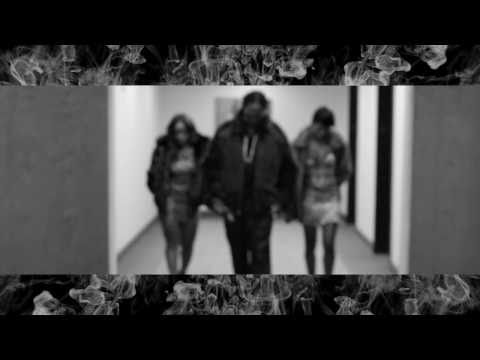 Okay cool. You got it? Then it's cool
Wetness all around me like a pool
You say who?
I say me, she say we
She a selfish little freak: every time she nut she try to go to sleep
I go deep, she go "hee!"
When she really say "hee!" she say "T!"
She don't like to call me Tity, she no me from back in the G
I'm a beast, I'm a dog, shit I'm hanging from the tree
Yeah, we doing all that monkey shit, that sucking and that fucking shit
And if I had another pick, I would pick the other bitch
Cause she more like the way I like em, and this one right here ain't shit
This one might need a quilt, it's cold on the other side
Her head so fire, I hated for them other guys
Pimpin and I'm mackin'
Actin in the 'lac' and
If you out chea working, you ain't worth Curtis Jackson
And she cost a hunnid, for some satisfaction
And I'm just relaxing

Yeaaaaaaaaah. I got a Chevelle with a Corvette engine
Champagne, bubble bath, Moet swimming
She said, "I don't know what done got into me."
And I said, "it was me when you was on liquor"
Yeaaah. Blame it on the alcohol. If you don't remember that, battin' your Nigeria Falls
And when I pull em, all I have to do is call:
I say come 'ere, and it's a lake in they fucking draws
And you late! Faking like a fucking broad
Hair hang like a London fall, just becau'
And the wind blow, I'm hanging out the window
Windtows, pistols, and all common essentials
If a nigga talking math, he talking my lingo
And if I say I'm popping tags, I'm talking my Benzo
I'm fresh off the lot, fresh off the block
What?