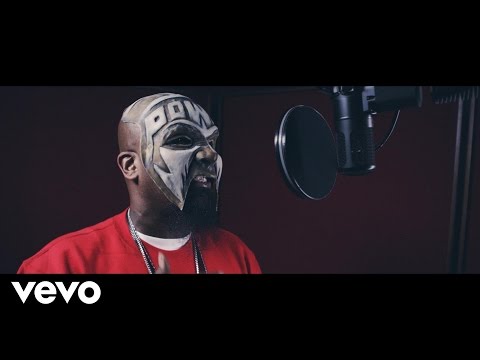 Smashes, the masses
But the industry’s hatin’ asses

Strange days, when your favorite rapper’s poppin’
But is he on top is something you can’t gauge?
Especially when he’s toppin’ the charts
And you see me, K. Lamar, and Macklemore sharing the same stage
I’m the nigga all these artists look up to
Yet for Tech it’s been the hardest to bust through
But I keep my fans fiendin’ like clucks do
You don’t like how we live it, well…
I dominate, your conglomerate Wanna beating?
I can accommodate It’ll be a non-debate, coming up against Aaron the Great
So many got arms, legs and necks tatted
Strange Cause music, show, conceptually I’m the best at it
Let’s have it for all of these Tech addicts
Any disrespect to family will get your chest gatted
Aimin’ at ’em and its agony
Burner blew his brain and back and these
Cannons came and caved in cavity, caliber connect, cap it
Yo, there it go, red is in my head it grow
Headed fo’, lead and deaded, yeah the medic said it so
Let it grow, shred it and get no credits, so pathetic though
Dread embedded steppin; in heaven’s crevice, wet and edible
Give her the shivers when I deliver this
Hit her then quit her cause she’s on Twitter shit
And when she compare me to Eminem
I said I’m different She said “How?” I said I’m black and I can say 'nigga' bitch!
To him I may just be another bro with a flow
We’ll probably never tour cause it’ll be thousands of Juggalos at his show
And I heard fatalities happen on each side, so that’s never no let it go
So I get it, I keep what I’m makin’ incredible, all of them scared of a negro
Strangeulation, this occupation so scandalous
We stop the hatin’, no chances
When I rock the nation so Danzig
I’m killing all these niggas, Operation Code Kansas
Strange gang plain triggered assassins
Got a bunch of untamed aimed trained spitters a’ blastin’
My insane brain sayin’ give up the rappin’
And go back to the gang bang thang, nigga what’s happenin’, soo-woo

Deevil!
Prayin’ that 12:12 for hell Felon to sell and slept on a bed of nails Like nothing I’ve ever felt
Ghost in a shell, was molded with other demons
As if I needed some help Or a host to preserve the heathen
Got it, my brain is rotted
I swear to God that I’m not it I’m set to go to the gallow as soon as the rope is knotted I ain’t high as the fire and I have unused adrenaline
Came in the cypher clean, still smelling like putrid cinnamon Then I’m in, enemy of the state, I’m straight at an angle
Stop risking and quit your bitchin’, it ain’t like I’m raping an Angel Said I was magnifique, ya’ll fuckin’ with it, capiche?
Now the safest you woulda thought with a devil under your feet
They throw a shot and then sit back and wait for some reaction
Ain’t nothing to it but to do it; i’m a mummy rappin
So get to clappin or dissin the clan you’re hatin
Listen the man is Jason and this is the Strangeulation

Stevie Stone I’m on it I’m so clever
Nobody comparing ’em better I put shit together
America’s most elaborated rap pick yo head up
Small talkin’ to get you wet up Yeah
I’m will to kill all you niggas
The feelin’, adrenaline that’ll spillin’ a milli yeah I mill’ all you niggas
Ain’t even reach out they climax rather my sillin’ on niggas
And backin’ a back on back can’t billy you niggas
Get busy on niggas This ain’t no random some leekage
Stonie in the building the bitches pull out their cleavage
The snake and the bat you see them prominent features
The spieces Strangeland we rain on your region
Meatwagon I come I be taggin’ ’em
Baggin’ ’em bring ’em clusters of three
Got three magnums gaggin’ em out
You pussies is still talkin’ I’m draggin’ ’em out
I’m tappin’ ’em out

Aww shit, they fucked around and signed a backpacker
Smart, rich, handsome, plus he’s not a bad rapper
I’m just a little local talent that fucked around and made it big Underground bully, pickin’ on all these famous kids
And the danger is, now I’m doin’ Stranger biz
About to make the world forget about what a major is Independent Powerhouse, running all these cowards out
My enemies are all forgotten, wishin’ I would shout em out And I don’t want to hear a rapper harmonize unless
He's thuggish, ruggish, Lazy, Krayzie, Bizzy, Wish or Flesh
But maybe I’m just hatin’ cuz my black ass could never sing Fuck that autotune I hope the Futures filled with better things And you a fucking liar! If you say you found a better team Impossible! Like trying to fit my dick inside my wedding ring And all the bread it brings will be distributed and properly
I represent for hip hop not some fucking aristocracy

Wrapped in XLR cables Up from my whiskers, down to my fuckin’ kicks
Wreck-O was echoed in Gordon Geckos You suckin’ dick Nobody be askin’ me for secrets I ain’t chuckin’ tips I’d rather be bumpin’ hips
On that ratchet with muffin tits Tore up the limits
From Britan visions would rock their lives
Inside a prison where giddy bitches don’t jock the rhyme
Born in precision on rhythm spittin’ could swat a fly
For them to just kick a single shillings from Spotify
Bye, Bye killers On a high five business
Gonna ride by the sickest In your high ride to the hitlist
If we ain’t spoke in ages
Then miss me with broken favors, you Miley Cyrus teenagers
You twerkin’ on swollen razors (run now)
Don't make me come to dinner nail your tongue down
And have you plead your case to us
At Strangeland at sundown Be careful of the biz
Cause everything has got a price attached
Wake up with a horse head in your bed
And next your life is snatched

(Black Gold!)
I purposely wrote this verse Just to murder, dismember, defecate
Disassemble the limbs Of a nigga who try and separate Artistry from nonfiction Im sent with a conviction
To sentence you pons Givin’ the benz on my diction
There he goes Speakin’ bout how he murk a beat
Smellin’ himself Why else would he flaunt about it so verbally Dance around me Like I was a paraplegic
In a do-si-do competition
Lookin pissed like I never heard of feet
Yadda Yadda A whole lotta yappin’
About my rappin’ When I’m the captain Of crunchin’ you niggas milky dreams Im the comparison of Pac’s face Staring in your face Mock razor blades cut Leave you crispy clean
Don’t ask Tech Ask me if it’s questions Guarantee that he tell you
That I’m the best And Im destined To find a snake and a bat Helpin’ Kansas City’s progression Hopin’ I hurt the feelings Of whoever second guessed it Cause everybody talkin’
Imma make you niggas hear me
Mind control flow Now: listen till your ears bleed

Spit it sicker than these sycophants
Keep your dick up in your pants
You were blunted on the block
Me? I had some different plans
I’m trying to get to France
Sniffing grams
Hit a branch
Independent Powerhouse
Vibin' out with the fans
Waking up in different cities Every night
Getting grands
Stay prepared for this
I’m bearing witness to this sinner man
Stripper dance with cinnamon
Clubbin’ with my gentlemen
Drink away the nights events
Nothing worth remembering
Squad will run up in this bitch
Mobbin’ like some immigrants
Jack you for your paper stack
Rob you of your innocence
Taping of the scene of crimes
Swabbing for my fingerprints
Thought about my life
You thought the same And couldn’t think of shit
(Ha!) This type of fire dont extinguish
Now write about some bigger shit
You’re striking out
Swing and miss
Ring around the Rosie, homie
Pocket full of pain
Keep a lock up on my lane
And triple optic in my brain, look

My brain is full of thoughts that are darker than Samhain
That span across the Great Lakes and vast Midwest Plains Spreading coast to coast like a virus you can’t contain
Now a global pandemic, panic courtesy of (STRANGE!)
The biggest independent label pop the champagne
We don’t need no head now, homie you can keep the change Coming through your speakers, receive us into your blood vein We the truth like Nostradamus’ prophecy quatrains Snake Bat, Praise that, part of rap since way back
Since the days of 8 tracks and 808’s and adats
Analog cassette decks, steady grinding, what’s next?
Starving artist ’til Trav and Tech cut me that advanced check Strange outcast step child, call me Damien
Five Finger Death Punch straight to the cranium
Flow so sick, could be enriched with uranium Extraterrestrial, lyrics labeled alien

KALI BABY! ‘Ight man Ima do this!
I’m kinda nervous The purpose of having a cypher is so you can sit here wide-eyed Listen look at me in this position
Now I coulda just left you sitting there
But Nina told me to pick ’em apart you’re a victim of art
K-R-I to the double crooked, look at him he pudgy like they Took an ugly stick and frickin’ shook at him, (OKAY)
And I don’t stay gucci down to the linens I’ll let you trick off, she jerking my dick off and grinnin’
You can see him, but he just a figment
You wanna be him, better get your pigment gone
Try to beat him with deliverin’, I get belligerent
And that’s the end of the song
And I get a little bit ahead of myself
Feel like I’ma melt, and I feel like I’m better than everyone else I guess I be rappin’ ahead of my wealth
I’m the coldest thing since the ice cube
Only thing missing from this beat back in the day was Ice Cube (OKAY)
Yeah I said I’m the best and I meant it , Nigga what?
Only niggas that could contest it is rested, dig em up!
(Okay! Hahaha whatever nigga.)