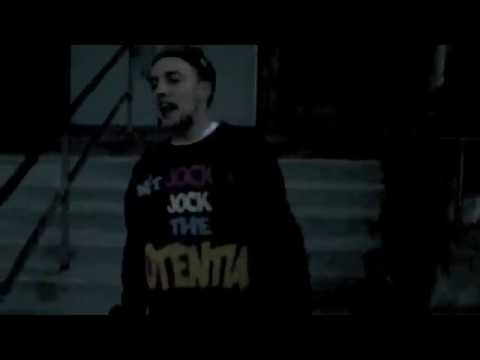 I pull my hoodie down and take a look around
Sounds that shook a town, man it feel good to smile
So I shouldn't frown when the night is lookin' down
Mirror, mirror on the wall, who the smoothest crook around
Taking some dollars and making away from Impalas
Shakin' the Jakes cause they chasin' the face of a robber
Actin' goofy, absolutely
Cause my passion suits me, so blast the tunes please
I see the world with four eyes, hip-hop tour guide
Hear the war cries, rap or die
Wanna get signed, drive a four door ride
Be more fly
Til then I'll just soar by
With a wave
I'm a bat in the cave
Sit back in the shade when I'm passing the haze
Misbehave, I'm a trouble-making teenager
Be grateful he's able to please haters
Seat taker, three-term Mayor
Getting re-elected just three terms later
I've seen greater days so let the haters play their game
Dreams fade away when you make the predator the prey
The ace of spades can make it's way to save the day
But from the start a club of heart was diamond
Now I'm in Zion flying through the skyline
The game on my back I got five spines
Black cat with nine lives
Time flies by
So I got one life to loose it
But how will I use it
Uh, I put it all in the music
Cause ya'll pussy
Fold away before they hand your cards
Broke-ass rapper now you Dancing With The Stars
I'm handling these bars like a simple situation
Basing on them cats who don't fit in the equation
Patience is a virtue but fuck it I want it now
Get my record deal ready, get Diddy up on the dial
Hello wassup Puffy, I'm on my grind and hungry
Throw me to the people they gon' love me, trust me
Cause these older cats are getting a little rusty
It's time for a change like Barack said
And I don't care
Hip-Hop is not dead
Spit hot lead, but none of these haters get shot dead
They don't bother me, I'll leave them playin' for my wife
Kick back have a laugh while you complain about your life
"Grrr" you hate Mac and you say you gonna fight
It's all good bro, you entertainment for tonight
Like I'mma be mad you hatin' cause I'm white
Do a lot a cryin', lettin' pain out on the mic
Cause overall I'm iller than most of ya'll
Yall pussy, never ever gone for it all
You scared of a little risky coachin' call
What happened, I thought you were the know-it-all
I stay smokin' well haze got a potent smell
It take me back to kickin' raps back in Show-And-Tell
I wanted to show people, all of my bro's peoples
Have a dude come up like "Yo, I know people"
The need for Dead Presidents, this dough evil
So lethal, police'll always try to beat you
Seat you down try and have you run your mouth
Bring your mother out, look what your son is now
See my mom she know her son is well
The youngest child, she been through it for a while
Now I put 911 on the dial with a smile
Cause I'm wild, foul child style
Too focused on my grind to ever catch an "f"
My heart in it down 8 with five seconds left
I want the best, won't settle for nothin' less
And I always stay dressed in somethin' fresh
So keep your head on straight and show respect to the game
And that's what this beat messaged my brain