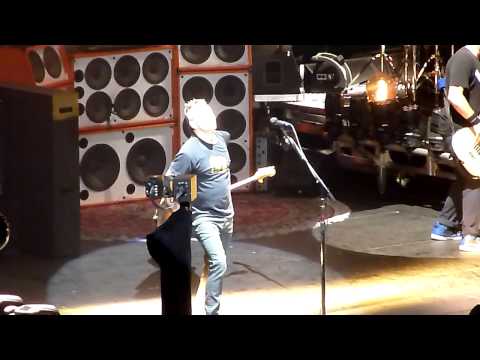 Even flow, thoughts arrive like butterflies
Oh, he don't know, so he chases them away
Ooh-ah, someday yet, he'll begin his life again
Life again, life again

Kneelin'
Looking through the paper though he doesn't know to read
Oh I'm prayin'
Now to something that has never showed him anything
Oh, feelin'
Understands the weather of the winters on its way
Oh, ceilings
Few and far between all the legal halls of shame, hey

Even flow, thoughts arrive like butterflies
Woah, he don't know, so he chases them away, mm-yeah
Oh, someday yet, he'll begin his life again
Whispering hands, gently lead him away
Him away, him away
Woo, uh-huh, yeah
Aw, you know what happens next

Even flow, thoughts arrive like butterflies, take a shot
(Oh, he don't know, so he chases them away)
(Oh, someday yet, he'll begin his life again)
Oh, whispering hands, gently lead him away
Him away, him away
Yeah!
Woo, ah yeah

Mr. Mike McCready... He played in Mother Honey tonight. Oh no, that was Dan Peters. No, but he also plays in Sound Garden
On the drum kit, the king of the world, Mr. Matt Cameron
And, uh, you know, that last song, that was written - it was a combination of two people. We had an office, the first band office that Mother Lovebone worked out of. And when I came, we worked on it with Sound Garden and Alice In Chains. There was an office off of 1st Avenue, right near Pioneer Square. And there was a guy named Ed - Ed King, I believe was his last name. He was kind of a bigger fella, he had a blue pancho and he was kind of between sleeping between the Alcove of the office and the one next door, right in that Pioneer Square thing. And he had a shopping cart and he had a globe. I remember he already had a globe. At one point it was thrown out, because it had like a hole in it. But everything else, it was like he his a globe, and in his mind he was like traveling all day long. Ya know, like he was getting places. Even though he was just in the alcove. So anyway, I ended up getting to know him and I'd see him everyday, and maybe there was a bagel shop down there, and I'd get him breakfast or something. And then there was another guy in San Diego I knew, but it was kind of an amalgamation of those two. And the only reason I bring it up, because it was talking about people who are kind of in between houses. And, you know, there are young people in that kind of situation, and if you're above 18 and younger than 24, and you're in that situation, you don't really have many places to go. And usually if you're in that situation, it's because you either can't get along with your parents, your parents have kicked you, or your parents have abused you, or your parents don't agree with your sexuality. There's some kind of a reason why you don't have anywhere to go. And ya know, we're lucky in Seattle because for the last many, many years - I believe 40, but I couldn't - that's what I read. I thought it was less, because I thought we were involved at the beginning of it. It's called the Orion Center. We've been supporters for many, many years, and we'd kinda throw a bit of dough to help it out here and there, but apparently not enough, because it was this close to being shut down. The city has come together. They've thrown down. They've kept it open at least five days a week. But with donations with us, we can keep it open seven days a week, which gives these people somewhere to go - these young kids. And the other thing is that the great local publication called The Stranger - they've started a feud that we're more than happy to participate in, because of this Macklemore guy. Bring it on Macklemore. We're trying to see who's local fanbase can raise more money. And he's gonna play here in a couple of days, and he's got two nights, and that's alright. Oh, he's got three nights - fuck him! I get it, he's young and he's handsome, but fuck him! He writes incredibly great lyrics. It's some of the best stuff I've heard in a long time. Fuck him! We met him down in New Orleans. He was just as gracious as can be. He had an incredible fur coat he got at the goddamn thrift shop. Fuck him! So c'mon, one night. Fans, we gotta to try to raise money. Look up the Stranger Orion Center. C'mon. You guys might have a little extra dough. His fans ain't gonna have no extra dough, because he's billed them for three goddamn shows. They're gonna have nothing left. We can do it. We can do this! Here's to Macklemore & Ryan Lewis. Cheers. And here's to the Orion Center for doing what you can. Thanks for hearing us. We're here to play some music. We're gonna do a little more of that, oh shit