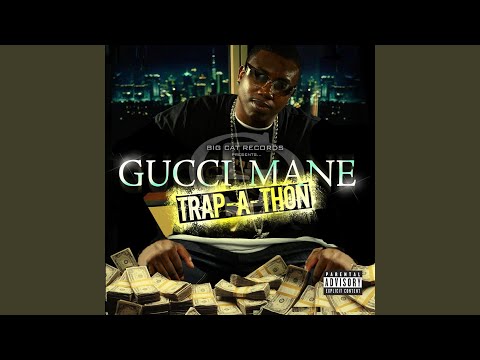 Aiyyo make sure you get the backwood out the car my nigga
{*knocking three times*} {*buzzing doorbell*}
I ain't gon' lie {*BUZZ, BUZZ BUZZ*}
That shit was some good weed nigga why you bullshittin?
{*buzzing again*} I need me some more of that
(Who is it?) Magic! (Hold on)
(Cat!) "Yo" (Magic at the do' for ya)
"Fuck you tellin me that for? Let Magic in man he family"
{*door opens and shuts*}
'Bout to go holla at the big boy man
Just came home fresh, seems proper, feel me? {Yup}
Stay right here, I gotta holla at him, y'know?
Just some one-on-one shit, chill out
{Ah, al-alright, alright, alright, yeah, yeah, yo}

+ (Big Cat)
Big boy, what's good?
(Yo Magic, whassup dawg? I ain't seen you in a minute)
Ain't shit man, y'know
Been out here in the street (yeah?)
You see I ain't dead y'knahmean or in Hell y'know?
(That's whassup my nigga but check it out man)
(What's been goin on, man I've been gone for minute, what's poppin?)
You know we've been hittin the streets hard man
Y'know I, I been hearin a lot of bullshit
But y'know I laugh at bullshit y'know
(Yeah I know what you talkin about y'knahmayin?)
(That ol' Gucci Mane situation but I tell you what)
(We ain't gon worry 'bout that shit right now, y'knahmsayin?)
(That nigga makin us money - we eatin off this nigga dawg!)
Cheah hold up hold up hold up I got'chu man
Now that you see what we worth {*drops bag on table, unzips it*}
(What'chu got dere?) Courtesy of Coochie Man and Atlantic Records
(Ohh man, OOH, shit~! Ain't seen this many hundreds in a...)
{*slaps money down*} (Boy, that's what I'm talkin about baby)
That's right (that's all for me?)
Yeah man y'know that's for you man (OOOH! .. yeah)
That's better than a visit man (that's what I'm talkin about)
(Good lookin dawg, good lookin)
Know you was wonderin why I ain't come see you man
But you know I couldn't come see you caged up
(I see you I see you was busy handlin business and shit)
(Gettin shit right) Yes sir, yes sir
(Yeah that's what I'm talkin about but check it out Magic)
(It's all about that music shit right now)
(We gotta chill out on the other shit y'knahmsayin?)
(It's too many bodies poppin up, too many niggas talkin)
(Y'knahmsayin? And we ain't with allathat)
(We gon' fly under the radar right now, and fuck with this music shit)
(Y'knahmsayin? That's where the real money at, y'knahmsayin)
I feel you my nigga, I I heard it was money there y'know?
I seen niggas gettin money in there, y'knahmsayin?
I need some of that (shit it's your time baby)
(Just don't forget, motherfuckin Coochie Mane)
(We ain't worryin about him right now)
(He dissin the motherfuckin family, or tryin to.. do what he doin?)
(We ain't worryin about him, cause we eatin off him)
(Let him live my ya dig?)
And you know how much I love money nigga {*echoes*}
(That's right!)