8th Wonder of The World 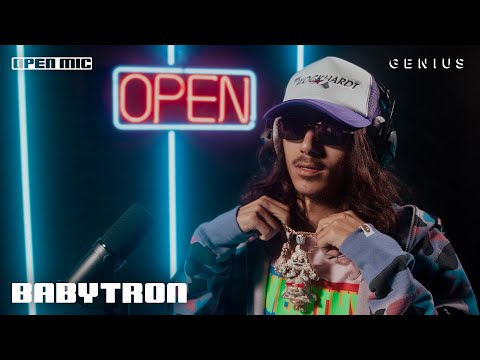 (You're not making this easy, Kyle)

BabyTron, I'm the eighth wonder of the world
Dogshit Militia, we'll take that Hummer on a twirl

Wouldn't change a thing about the journey, shit, it made me me
I only had one plan, not no ABC (I only had one plan)
I knew I'd be a rapper, I was circling anything on that ACT
Glocky on me, I'm the Ironman, I feel like AC Green
Wake up, Listerine, then I lean, it's a daily thing
Leavin' out with ninety AmEx, I bet eighty ping
I got four pockets full, you'd think these Lil Baby jeans
I'm a check droppin', card swipin', jack pingin' hacker
Sniper creepin' in a black hoody, hash slingin' slasher
Don't say that he the plug if your mans bringin' bammer
He damn near a Hardy Boy, Stan keep a ladder
We cannot compare, that's cubic zirconium
Destroy his whole clique, now he lonely like Opium
Sick doggy lost his stripes standin' on that podium
I'm a chemist with that test tube, buffs white as sodium
Three-hundred-dollar pair of socks, just call me Leonidas
Taught myself, it wasn't hard, ain't never need no guidance
Shit, David and Goliath, you could be the giant
Never read and wrote in English class, but I was Visa swiping
BabyTron, I'm the eighth wonder of the world
Dogshit Militia, we'll take that Hummer on a twirl

I hope I got a black card, let's see what the skimmer detect
Spot 'em forty deep and hit the shot, look like Jimmer Fredette
Shit, the way they treat me in the Bay, I feel bigger than Steph
Next body ain't gon' cost a thing 'cause my killer in debt
Black Cherry Vernors playing with Wocky and ice
Ask me what I'm on today, like, shit, probably a flight
Half a ticket on me, used to struggle for Takis and Sprite
Me and bro'll both pull up scoring like Bronny and Bryce
Thinkin' he a beast, we gon' hit him with a tranquilizer
Thinkin' he a big dog, but really, he an ankle-biter
Last Airbender, 'fit water and I play with fire
Sport Cups on the Chally coupe with the racing tires